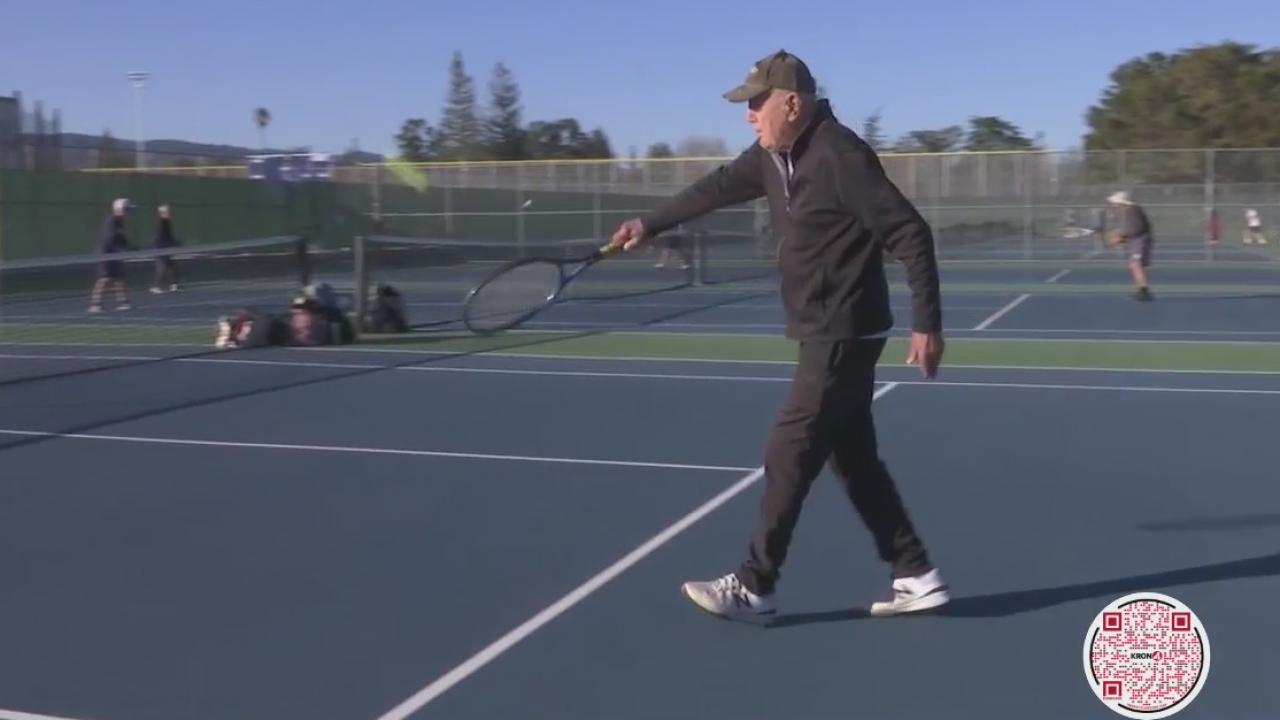 MOUNTAIN VIEW, Calif. (KRON) — They say age is just a number, and Lloyd Lettis of Mountain View, Calif., is proof.

At 101, Lettis still goes to Los Altos High School three days a week to play tennis with a group of other locals.

“I appreciate that they don’t mind playing with me,” he joked.

The eldest of the group by a decade, Lettis attacks every forehand with everything he has.

“I don’t feel any different,” Lettis said, “I just try to keep my eye on the ball and sometimes that’s hard to do.”

Hundreds of dolphins scramble near boat in California

Lettis’ son Bill thinks his dad will keep playing for “five or ten more years”, largely because he doesn’t consider himself old.

“I love that he plays tennis three days a week, I hate that he drives here by himself and doesn’t take Uber,” Bill said. “He won’t give up driving to play tennis or see his friends or go to the grocery store.”

“He loves this family and that’s one thing that I think keeps him going,” Bill said.

“I went to the Big Game yeah Cal played a really good game for a change,” Lettis said.

10 tax benefits you may be overlooking

Cal Berkeley is also where Lettis met his wife of 75 years. The couple have four children, 14 grandchildren and 23 great-grandchildren.

He said he was grateful to have another year, another year of wisdom and to continue playing tennis.