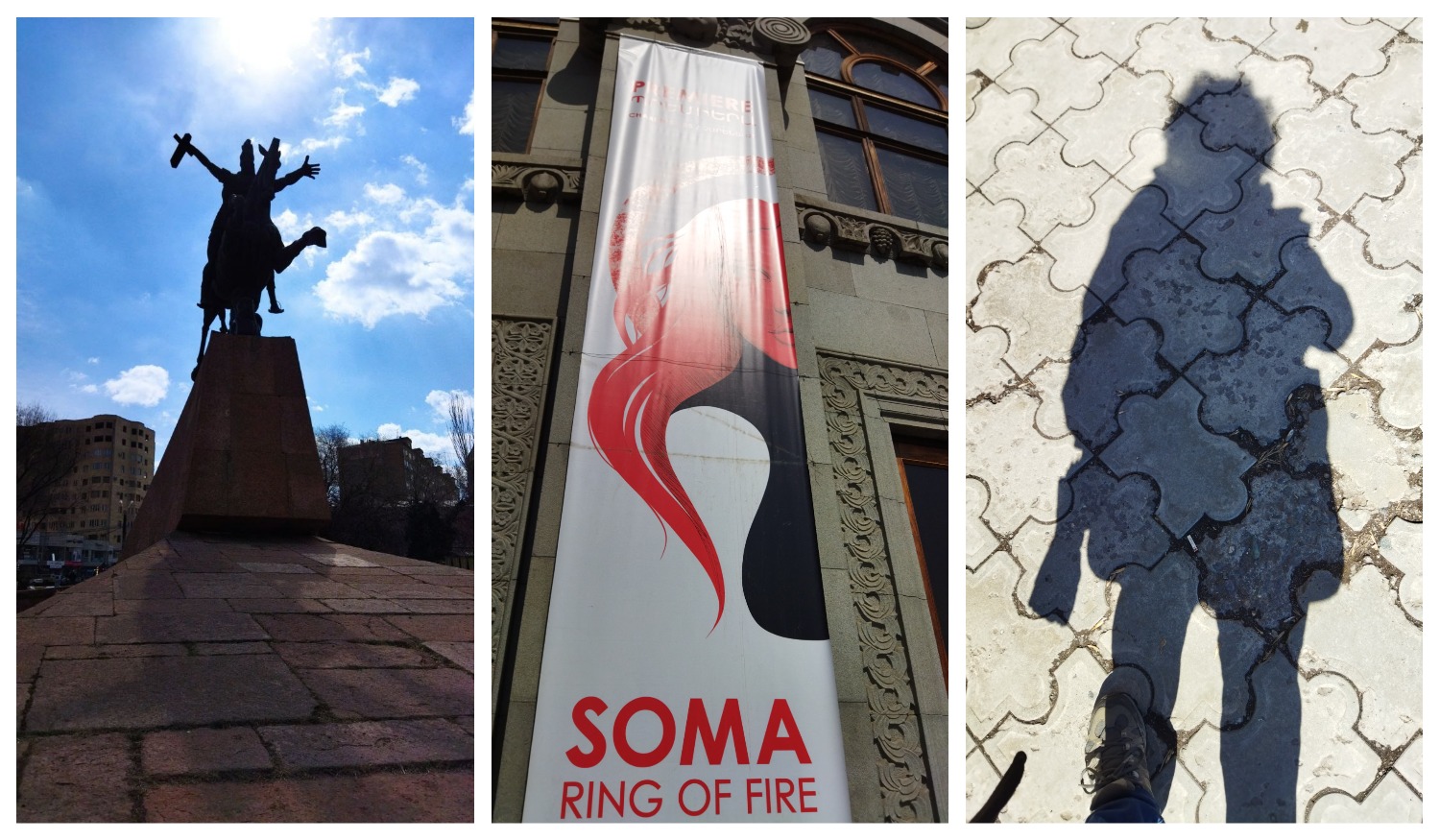 Adventures of an Azerbaijani in Armenia

“In the queue for passport control at Yerevan Zvartnots airport, which looks very spacious and somehow festive, my anxiety surfaced. I looked at the faces of the border guards , trying to guess which of them was nicer. Then I was directed to one of them. He looked at my national Russian passport. I think he grimaced at the sight of my name from family, Mamedov.

But finally, I heard: “Welcome to Armenia”.

When Muscovite Arslan [name altered] decides to go to Yerevan, some of his friends try to dissuade him, considering that it is a risky step. Although after the outbreak of the war in Ukraine, thousands of Russians settled in Armenia, the case of Arslan is special. Despite his Russian nationality, he is half Azerbaijani.

After the Karabakh conflict, which divided Armenian and Azerbaijani societies more than thirty years ago, citizens of these two countries only visit each other on official occasions. There are no diplomatic relations between the states, with Azerbaijan officially closing the border to Armenian citizens, while Armenia, although now officially a visa-free regime for Azerbaijani citizens, only allows them to cross the border. only with a special permit. And if the borders were open, travel is unlikely to become frequent, as hostility in the two societies is very high.

“My mother is a Tatar from Moscow and my father is an Azerbaijani who moved to Russia in the 1990s. He is quite a nationalistic person.

Since childhood, my father’s worldview seemed foreign and incomprehensible to me. Constant confrontations complicated our relationship. For me, the very idea of ​​a conflict with the neighbors with whom you had tea only yesterday seemed absurd, foreign and hostile since childhood.

When Russia declared war on Ukraine, it came as a shock to me, as it did to many others. I immediately decided to leave, assuming that a total purge of all living beings would soon break out in Russia. Additionally, I am a journalist and have a long history of political activism. Thus, the law “on counterfeits” adopted by the Russian authorities had a direct impact on me.

Moreover, I think it is high time to create some sort of anti-war expatriate network, including in the South Caucasus.

That’s what I decided to do: to unite all the anti-war initiatives that exist among both expatriates and local residents. To unite activists, journalists and people from academic and creative spheres who oppose all wars and dictatorships.

The decision to go specifically to Armenia was a symbolic gesture of double denial.

My Russian citizenship seems to oblige me to participate in the war with Ukraine, and my ethnicity obliges me to support Azerbaijan in the Karabakh conflict. I refuse to participate in conflicts and wars, because the identity of a “human” is more important to me than that of a “Russian”, an “Armenian” or an “Azerbaijan”.

“On the way to the airport, our taxi passed the Tsitsernakaberd Memorial Complex (dedicated to the massacre of Armenians in Ottoman Turkey, which in Armenia and many Western countries is recognized as the Armenian Genocide). I tried to strike up a conversation with the taxi driver:

“Beautiful?!he was indignant. “There is nothing beautiful here. These people are dead.“

“It’s like tragic music, beautiful but sad.” I don’t think the taxi driver understood what I meant.

When we arrived, my friend, an immigrant from Russia, picked me up. He paid for the taxi and we went to his hotel room.

I suggested we go for a walk. But he said he wouldn’t walk the streets of Yerevan with me. And he didn’t advise me to go out unnecessarily, they would immediately recognize an Azerbaijani and… Basically, I should introduce myself as a Dagestani.

I laughed it off, but he managed to intimidate me a bit. However, I did not leave Russia to sit in a hotel room.

I settled in a hostel provided by the organization Kovcheg (L’Arche), which helps Russian expatriates. I stayed in Yerevan for about a month except for a short trip to Russia to get my international passport.

All the while, I kept meeting people and looking for like-minded anti-militarists.

Even in conversations with casual acquaintances, I tried to mention as often as possible that my father was Azerbaijani, but I did not support Azerbaijan in this conflict.

However, in these cases I tried not to mention anti-militarism, only checking whether the stereotypical image of Azerbaijanis could be changed.

And for the most part, people reacted well.

There were a few nasty moments where I tensed up. A guy asked me very persistent questions about national identity and who I considered myself to be. It wasn’t aggression, he asked cheerfully, not understanding how it was possible not to have a national or ethnic identity. And I, in turn, wanted him to get rid of those limitations.

Another time, a man on the subway kept staring at me the whole way. As if he had guessed from my appearance that I was Azerbaijani, although I don’t understand how this is possible.

I often went to cafes where local Bohemians and political migrants from Russia met. They organized poetry evenings on political grounds, played songs from the Beatles, Pink Floyd, something more modern, and sometimes even old Soviet repertoire, on the piano.

During my three-week stay in Yerevan, I probably met about a hundred people. I even managed to agree with some to write a common manifesto against the war.

I think that as a result of this trip, I took a step closer to my goal – to create an anti-war network – and I made dozens of new acquaintances.

Trajectories is a media project that tells stories of people whose lives have been affected by conflict in the South Caucasus. We work with authors and publishers from all over the South Caucasus and do not support any side in any dispute. Publications on this page are the sole responsibility of the authors. In the majority of cases, toponyms are those used in the author’s company. The project is implemented by GoGroup Media and International Alert and is funded by the European Union

LIV Golf Prize Payouts for Each Player at Trump Bedminster

Adventure Pack for the youngest – Farmville