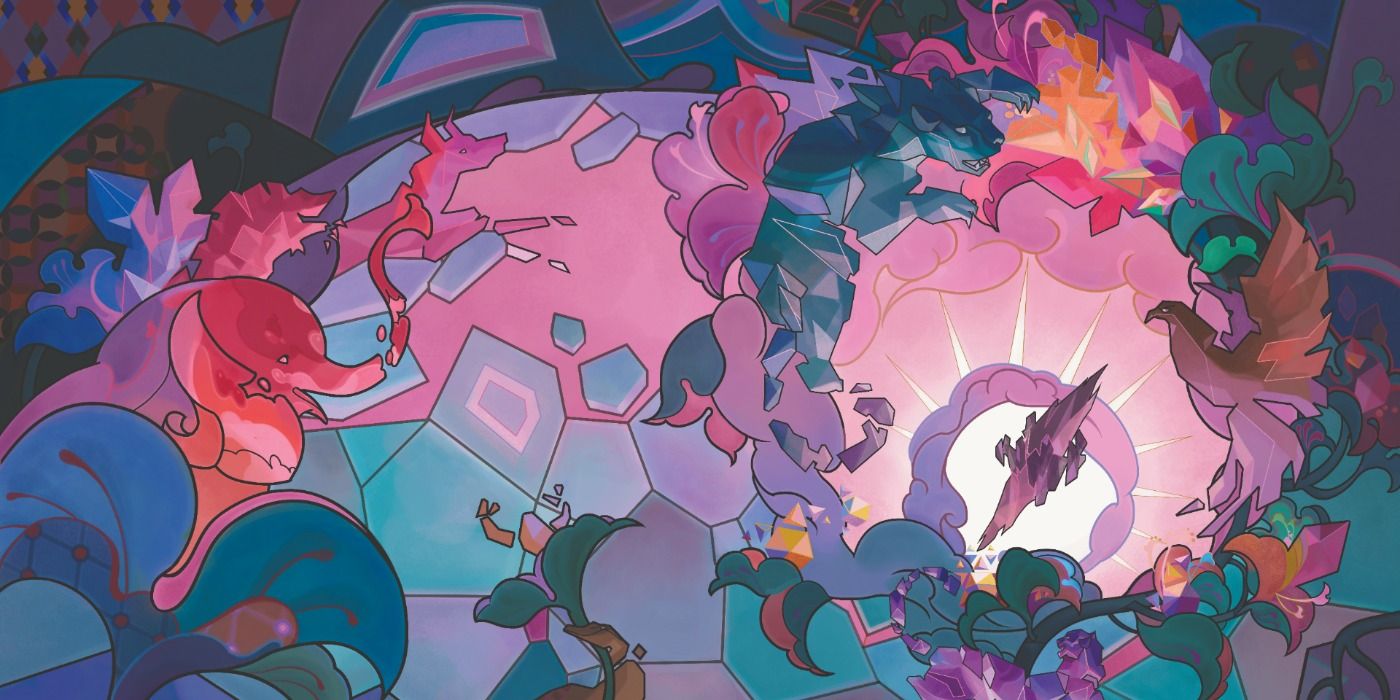 Journeys Through The Radiant Citadel is an upcoming Dungeons & Dragons adventure anthology that contains thirteen different quests for players.

The Radiant Citadel is a magical city on the Ethereal Plane, which is the plane that covers the Material Plane, protecting it from the Elemental Inner Planes and the Spiritual Outer Planes. It is from this location that players can undertake quests that will take them throughout the J&D multiverse. The party can run all the quests as a loose campaign, but the contents of the book can easily be reworked and used within existing official settings, or incorporated into a J&D homebrew adventure or campaign.

The adventures in Journeys through the Radiant Citadel are rooted in various real-world cultures and myths that go beyond standard medieval Europe and the Tolkien-inspired works that appear in many fantasy RPGs. The book contains adventures that will take players from level 1 to 14, which means there are several options for DMs who want to take ideas from the book and use them in their campaigns. Wizards of the Coast has revealed the names of the book’s thirteen adventures, along with some basic descriptions for three of them. Players can use the Radiant Citadel as their own J&D fortress between missions, offering them a safe haven, as long as they can navigate the mysteries of the Magic City.

D&D Adventures in Journeys Through the Radiant Citadel

These are the thirteen new J&D adventures in Journeys through the Radiant Citadel:

“Salted Legacy” is the book’s first level adventure and players can expect to gain two levels by completing it, taking them to level three. The adventure is a comedic mystery set in a night market. “Written in Blood” is a third-level adventure that involves characters investigating a haunted farm. “The Shadow of the Sun” is an eleventh level Dungeons & Dragons adventure that takes place in a city ruled by angels, where a conflict is brewing between different factions. The details about Journeys through the Radiant CitadelThe other adventures of will likely be revealed ahead of its June 21 launch.

Journeys through the Radiant Citadel will be released on June 21, 2022.

Scott has been writing for Screen Rant since 2016 and a regular contributor to The Gamer. He has previously written articles and video scripts for websites like Cracked, Dorkly, Topless Robot and TopTenz. A graduate of Edge Hill University in the UK, Scott started out as a film student before moving into journalism. It turns out that wasting a childhood playing video games, reading comics, and watching movies could be used to get a job, regardless of what any career counselor might tell you. Scott specializes in games and has loved the medium since the early 90s, when his first console was a ZX Spectrum that took 40 minutes to load a game from a cassette player to a black and white TV. Scott now writes game reviews for Screen Rant and The Gamer, as well as feature stories, opinion pieces, and game guides. He can be contacted on LinkedIn.