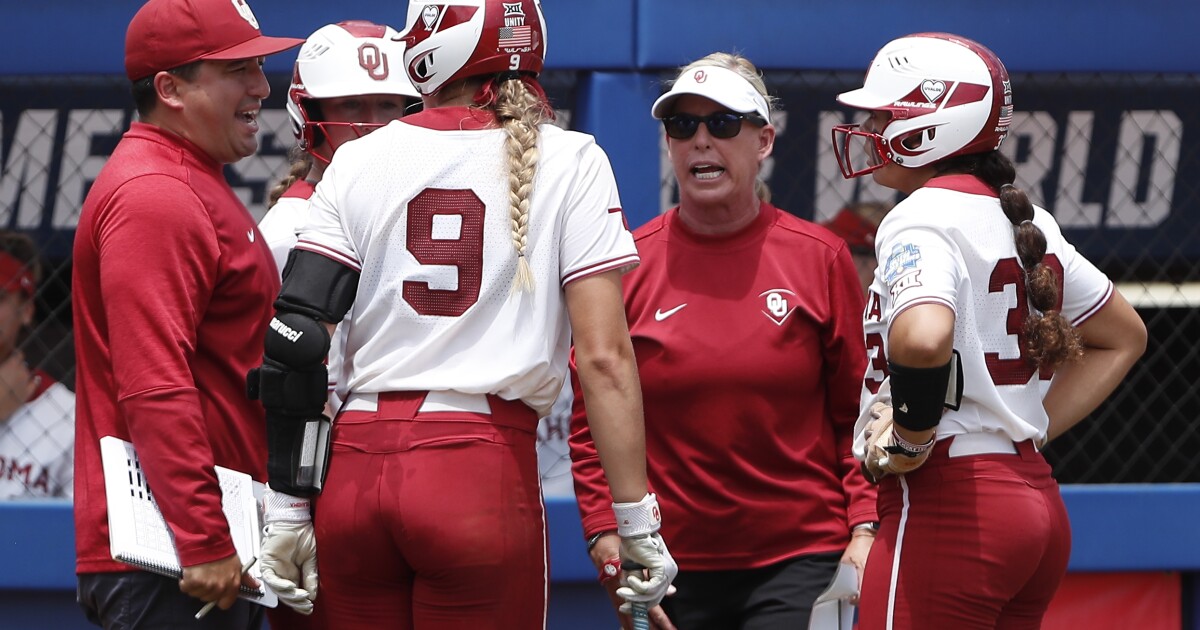 Oklahoma bounced back from losing a Women’s College World Series semifinal to UCLA on Monday, dominating the Bruins in a game that started 30 minutes after the first.

Oklahoma coach Patty Gasso said the turnaround shouldn’t have been so quick.

The Sooners handled it well, but Gasso still called it a player safety issue. She likes that the NCAA Division I Competition Oversight Committee added a day between the semifinals and the final, one of many popular changes made before the season. But she would give it up for the time between semi-final matches.

“The last time we played a doubleheader was in March, and we’re in the last four and we’re playing a doubleheader 30 minutes after – I mean, you play two games with a 30-minute break for decide who is going to play for a national championship,” she said. “I didn’t like that.

In a scheduling oddity last year, a rain delay pushed back start times for the first semifinal games, so the NCAA moved the second semifinal games to the following day. Gasso believes that this type of arrangement should be permanent.

Texas made the most of the new format, beating Oklahoma State twice on Monday night to advance to the best-of-three championship series. But even Longhorns coach Mike White isn’t sure that’s ideal.

“Winning that first game for us was huge, but not having the ability to come back and regroup can hurt some teams,” White said on Tuesday. “You play all year for this. So maybe eliminating double headers altogether would be a good thing.

The coaches welcomed other changes made by the committee ahead of this season. In the past, teams that won on opening day on Thursday had to play again on Friday. This time, Thursday’s winners did not play again until Saturday.

“I know the committee is working hard,” Oklahoma State coach Kenny Gajewski said. “We have changed this format. It’s awesome. I mean, it’s rewarding winning teams, and that’s what we should be doing.

Under the old schedule, teams that lost in the opening day on Thursday faced playoff games in the first session on Saturday and had to play a second game in the late session on Saturday if they won. This year, no team has played twice on the same day until the semi-finals.

Last year, Oklahoma State faced Florida State late on Saturday, and it didn’t end until 2:20 a.m. local time after a rain delay pushed back the start time. Now the calendar has the flexibility to accommodate these kinds of issues.

The coaches say the expansion from a maximum of seven days to a maximum of nine days has improved the tournament.

“I’m grateful that we were able to have a voice and do what’s best,” UCLA coach Kelly Inouye-Perez said. “People work too hard to get there to be able to have a (bad) finish just because you’re exhausted.”

A great option for demanding games