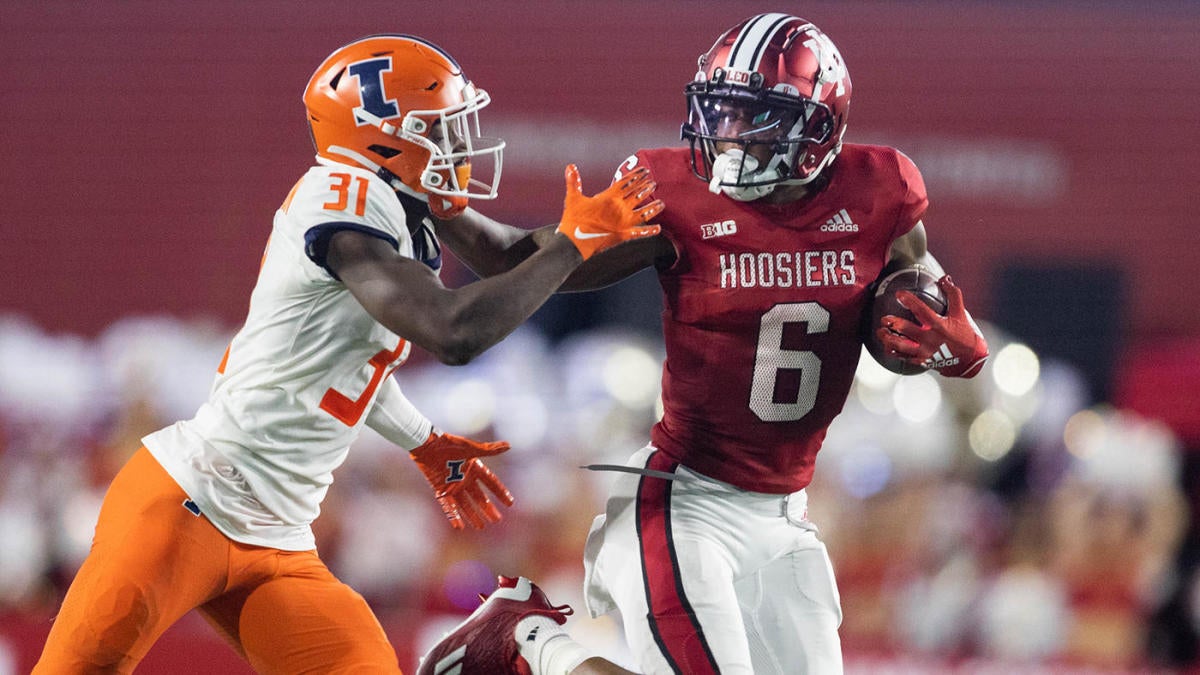 Week 1 of the college football season continued Friday night with eight more games, a few of which featured serious drama. A Big Ten showdown between Illinois and Indiana went to the wire before the Hoosiers escaped with a 23-20 win thanks to a 1-yard touchdown from Shaun Shivers with 23 seconds left .

The go-ahead score marked Indiana’s first touchdown since the start of the second quarter, and the Hoosiers struggled to run the football all night against a stingy Illinois defensive front. But after the Illini settled for a field goal with 2:16 to go to make it 20-16, Indiana’s offense came to life in a two-minute practice situation. Missouri transfer quarterback Connor Bazelak led the decisive 75-yard run – the Hoosiers had just 70 yards in the second half until that point – and set up Shivers’ touchdown by completing 7 of 10 passes in the series.

In other Big Ten action, No. 15 Michigan State earned a test from Western Michigan before emerging with a 35-13 win. The Spartans led 21-3 early in the second quarter before going on a dry spell, allowing the Chippewas to close in on a score late in the third quarter. Ultimately, Michigan State came alive in the fourth quarter to avoid any late-game drama, but things were tense in East Lansing for a while.

Although WMU’s upset bid fell through, there were a few unexpected results of the night. Old Dominion beat Virginia Tech 20-17 and FCS’s William & Mary upset Charlotte 41-24.