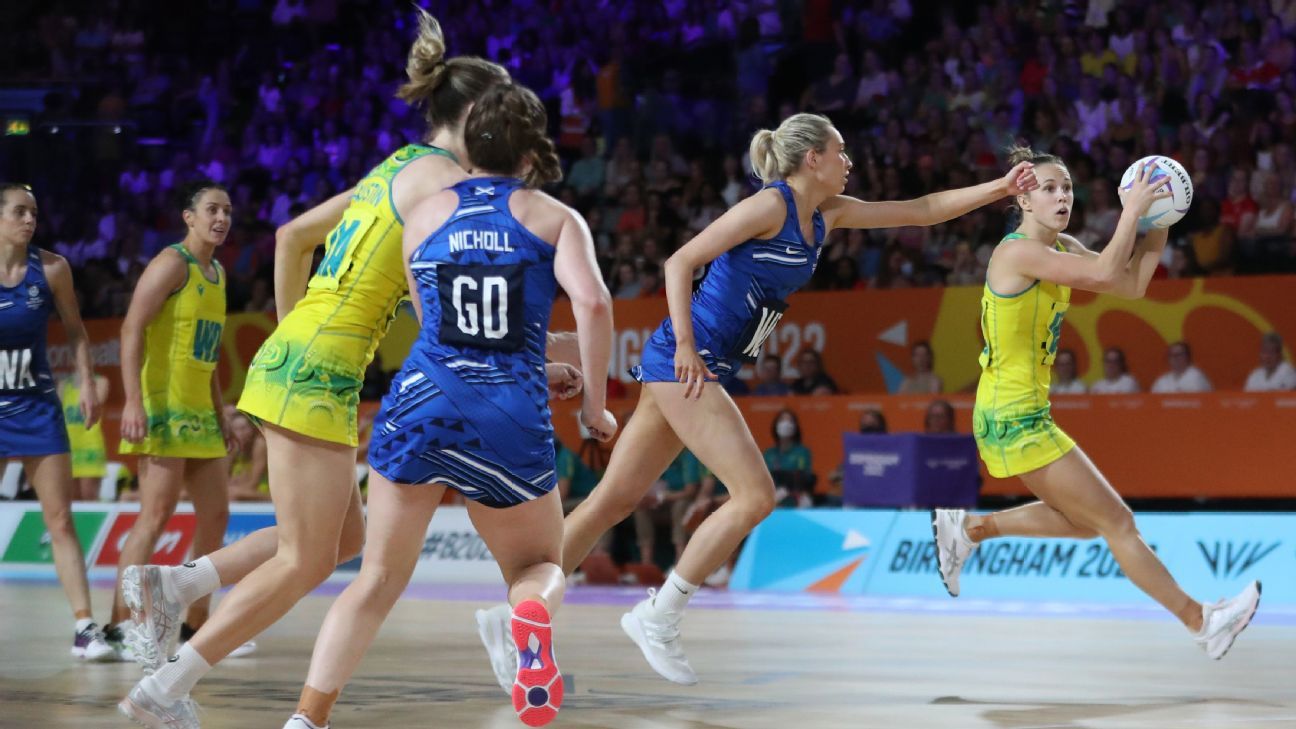 Hadley limped off in the second quarter of Monday’s 74-49 win over South Africa.

She spent the rest of the game on the bench with calf ice.

Coach Stacey Marinkovich was unaware of the extent of the injury immediately afterwards.

“Obviously she’s worked on her calf – we’ll see what the outcome is. The medical staff will work on it and then we’ll go over our plans to recover well,” Marinkovich said.

“It’s been an issue in the background, it’s one we just need to move on.

“Everything looked really, really good. She felt good, you could tell she was moving really good, playing good.

“Now we just have to figure out what that rehab program looks like.”

But she first suffered a calf injury during a pre-Games camp, then missed the opening pool game against Barbados, before playing a limited number of minutes against Scotland.

Hadley tried to step up when she started against South Africa, but now it’s unclear when she’ll return to the Diamonds roster.

There seems to be no chance of them playing against Wales on Tuesday.

“She’s just working on it. Once we know what it is and to what extent, she’ll deal with it prominently,” Marinkovich said.

If Hadley’s injury is serious, Marinkovich will have to consider what it means for the Australian midfield rotation.

“The girls really understand the roles they have to play there and that was part of the selection process,” she said.

“We have good strength and depth.”

South Africa were tougher opposition for Australia after the Diamonds claimed victory in their first two pool games.

“There’s a lot to like about how we had to improve our performance,” Marinkovich said.

Wing attack captain Liz Watson was the only Australian to play the whole game, while marksman Gretel Bueta scored 34 goals with 100% accuracy.

“I have versatility in the team and to score so many goals against South Africa we also showed that we have good versatility,” Marinkovich said.

“There are combinations that I want to see tomorrow against different competitors.”

Downloads jumped 69% last week from a year ago among publishers measured by Podtrac. | Daily News Podcast