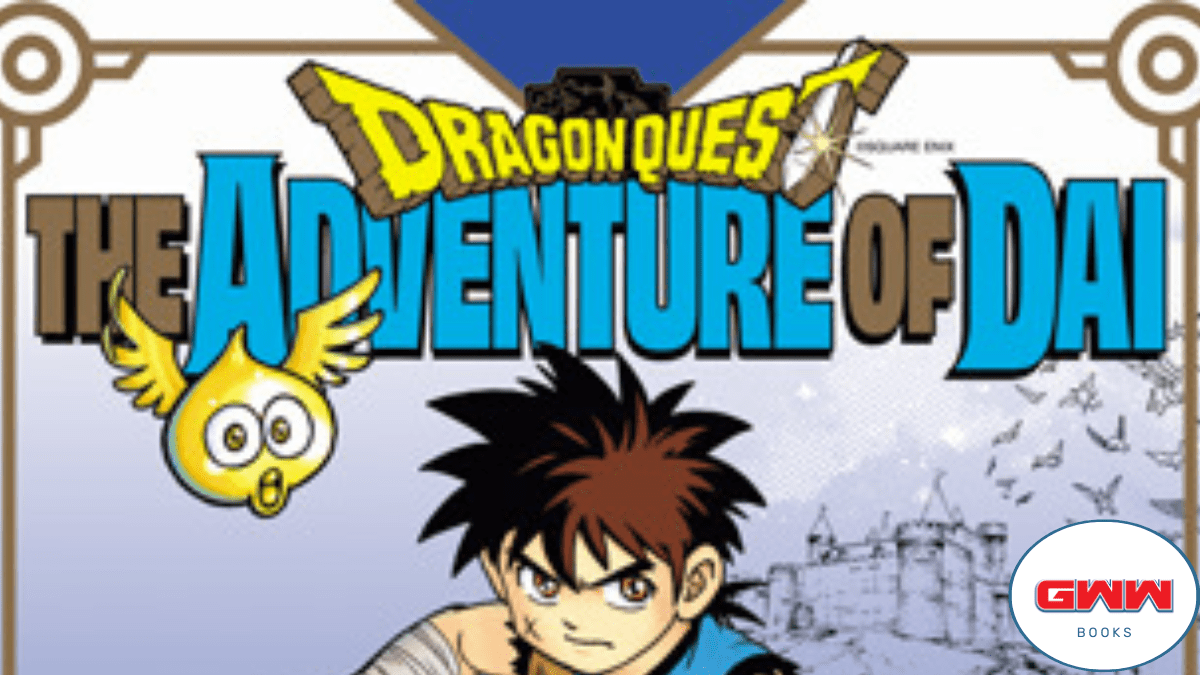 DRAGON QUEST: THE ADVENTURES OF DAI

Dragon Quest: Dai’s Adventure is based on the famous Dragon Quest RPG video game franchise. Although it focuses on the main protagonist Dai, a boy who lives alone on the monster island of Dermline. The story is faithful to those found in the game franchise. The manga is one of the best-selling Shonen Jump series of all time with millions of copies sold. So there’s nothing to wonder why Viz picked up the series for re-release.

It must be said that the plot is nothing new and it is a pretty basic fanfare. A young boy named Dai with mysterious powers dreams of becoming a hero embarks on adventures where he makes friends and grows stronger. Now, this is a core concept found in most adventure/RPG builds. What sets the story apart from so many others is the use of twists. There are many twists and turns in the pages of Dragon Quest: Dai’s Adventure. This isn’t necessarily a bad thing but can get a bit monotonous. Why? as it takes away the element of surprise usually found in a decent adventure outing. I’m not saying it’s a bad read or something is missing.

As the element of the story rests squarely on the shoulder of the characters, there is a bevy of charismatic leads, good and strong supporting characters, and amazing chemistry between them. I believe that everyone who picks up this manga will identify with at least one of these characters, if not a handful of them. The villains are good and bad and they don’t dwell on the reasons for their action, they are there to move the story forward, and they don’t find it necessary to indulge too much in a reason why they are bad. They just are, and sometimes that’s enough.

The art and style of Dai’s adventure.

It’s odd to me, because you can see the art style take on a more serious approach as the series continues. As if the artist was evolving with the characters. In the first two pages, the art can look a bit silly or drawn for comic effect. But, as the series continues, the facial expressions and personalities of each of the characters are increasingly emphasized, and a more serious approach to drawing these characters takes over. If you’re going to compare it to more recent manga art, you’ll be a bit disappointed. However, keep in mind that the original run of the show was from 1989 to 1996. And the style of the art would have been a perfect match.

Dragon Quest: Dai’s Adventure manages to tell a rather entertaining story. It must be said that at least for me there were a lot of elements that reminded me of Dragonball which the fact of thinking about it was quite entertaining. Should we read The Dai Adventures? if you liked the games and enjoyed the anime, this should be a good read for any fan of the franchise.

MLB lockdown: Owners indicate they’re ready to miss a month of games: sources; Derek Jeter steps down as CEO and owner of Marlins