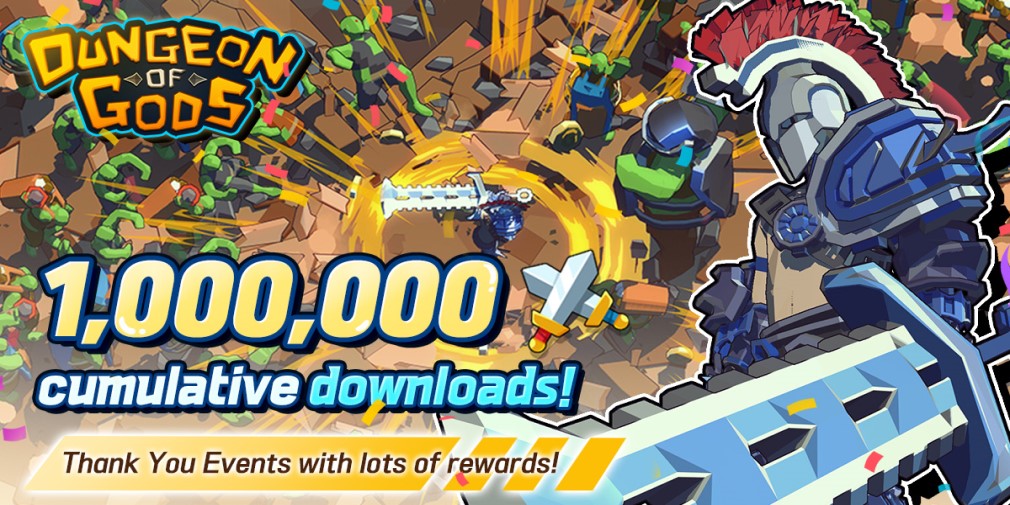 Dungeon of Gods is SuperPlanet’s mobile action RPG that launched just a month and a half ago. But in this short time, the game has reached new heights of popularity and achieved some notable milestones. Since its launch, Dungeon of Gods has already amassed over 1 million cumulative downloads, ranked in the top three in Japan, and topped the charts in Taiwan and many other European countries. Moreover, it has been listed on Google Play and App Store Publisher Recommendations.

That’s a ton of milestones to achieve in a relatively short time. The roguelike that pits players against gods has simply taken the gaming world by storm. SuperPlanet also planned to give players lots of rewards including 1500 gems and tickets. There’s also plenty more to look forward to, which can be found on the official Dungeon of Gods Discord channel.

And it all starts with the lines that resonate with players throughout the game: “The gods wondered what beings born between humans and gods would look like so they created demigods.” Even though battling gods can seem daunting, the gameplay is so smooth that it feels much easier as players just drag and drop the arrow keys.

The fight can be made more complex with consecutive attacks, which will also help the demigod grow. Ultimately, the goal is to beat the gods with one hit. The gameplay is tight enough to ensure players never get bored as Dungeon of Gods is full of action and looks great visually. Once everyone has been defeated, players can finally advance to the rank of King of the Gods.

If you haven’t tried this masterpiece yet, download Dungeon of Gods now for free from the App Store and Google Play. Don’t forget to claim the free celebration rewards as well.

While you’re at it, also check out this list of the best roguelike games to play on mobile!