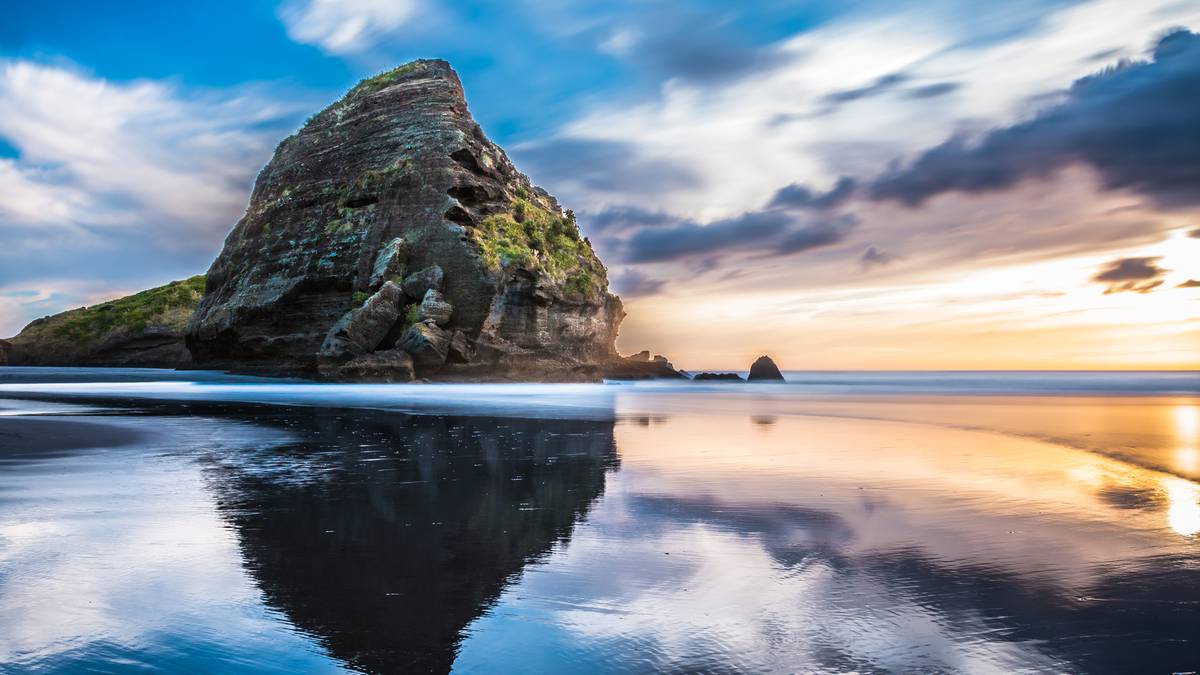 If you want to extend the summer while trying to dodge Omicron, West Auckland offers plenty of uncrowded and well-ventilated adventures, writes Peter Dragicevich.

At first glance, you might think West Auckland was wronged when they handed out regional parks, with only three between the north head of Manukau Harbor and the south head of Kaipara. Think again, because one of them is an absolute whopper and, arguably, the best of them all.

Waitakere Ranges Regional Park covers 17,000 hectares and is so large and diverse that it had to be split into 10 separate sections on the Auckland Council website. Te Kawarau à Maki, whose rohe it is, knows the area as Te Wao-Nui-a-Tiriwa (The Great Forest of Tiriwa). The name Waitākere (deep or cascading water) originally referred only to the valley of the Waitākere River, which reaches the coast at Te Henga (Bethells Beach). In 2017, the iwi imposed a rāhui on the rainforest to prevent the spread of kauri dieback disease, which has already made inroads in the park. Since then a lot of work has been done to upgrade and re-open the tracks, with new ones being added to the safe list all the time. Call on the excellent Arataki Visitor Center for the latest news and advice on a hike that suits your needs.

Aucklanders need no introduction to this rugged, rugged coastline seemingly radiating with a South Pacific fantasy. Hell, piha even has its own reality TV show. If you’re looking for a surf-powered swim, stick to the lifeguarded sections of KarekarePiha, dog friendly North Piha and Te Henga. For a soft and toddler-friendly swim, choose the shallow waters of cornwallis on the polluted lagoons of Piha and Te Henga.

However, it is a very large park, so there is bound to be a corner that you have never visited. The dusty, winding Whatipu The road eventually reopened, giving access to a lonely coastline at the head of the Manukau and a series of caves embedded in the cliffs, the largest of which once had a wooden floor installed for dancing. White Beach and Anawhata are unpatrolled and require a bit of scrambling to get there, but as a result they are considerably less busy than their famous neighbours.

Leaving the Waitākere Ranges, the two smaller regional parks to the north have the added benefit of being accessible via State Highway 16 (SH16), which runs through the heart of West Auckland’s wine region and is dotted with farm shops selling fresh fruits and vegetables. . Soljans wine estate has a large cafe with plenty of outdoor seating for the Covid-cautious. Kumeu River does not make food, but produces one of the best chardonnays in the country. They were closed to limit the Covid risk during the harvest but must reopen their cellar next week. If it’s a fine dining experience you’re looking for, Coopers Creek has fame Tasting shed restaurant within its grounds.

Exit at Waimauku to reach Muriwai Regional Park. Muriwai sits at the southern end of a 50 km long black sand surf beach (patrolled at peak times) that stretches to the mouth of Kaipara Harbour. If you’re looking to please your inner David Attenborough, this is the regional park for you. Sitting atop the sculpted cliffs and rock stacks that separate the main beach from the tiny bay of Maukatia, the colony of Muriwai Gannets (tākapu) offers the chance to get up close and personal with these endlessly fascinating creatures (and, boy, they smell!), separated only by the most basic of fences. At this time of year, this season’s chicks are gearing up for an epic non-stop journey to Australia, where they will hang out for several years before returning to mate.

If you really want to get away from the people, the northernmost of the Western Regional Parks is located on the banks of the Kaipara, near the top of the South Head Peninsula. If you are coming from the city center, it will take you more than an hour to reach Te Rau Puriri Regional Park via SH16, turning off at Parakai (which features the tantalizing option of a hot water bath on the way back).

From the roadside car park, a looping track descends through a remote sheep and beef farm offering a panorama of the southern part of Kaipara, a sight few Aucklanders know. It takes about 40 minutes to reach the shore where a thin strip of sandy beach gives way to what, at low tide, is a vast expanse of mud flats seemingly reaching halfway to the distant shore of one of the largest ports of the world. Looking at the fabulously underdeveloped scene, it’s hard to believe you’re in the Super City.

Check traffic light settings and Department of Health advice before traveling at covid19.govt.nz

winger happier off the wing – The Athletic