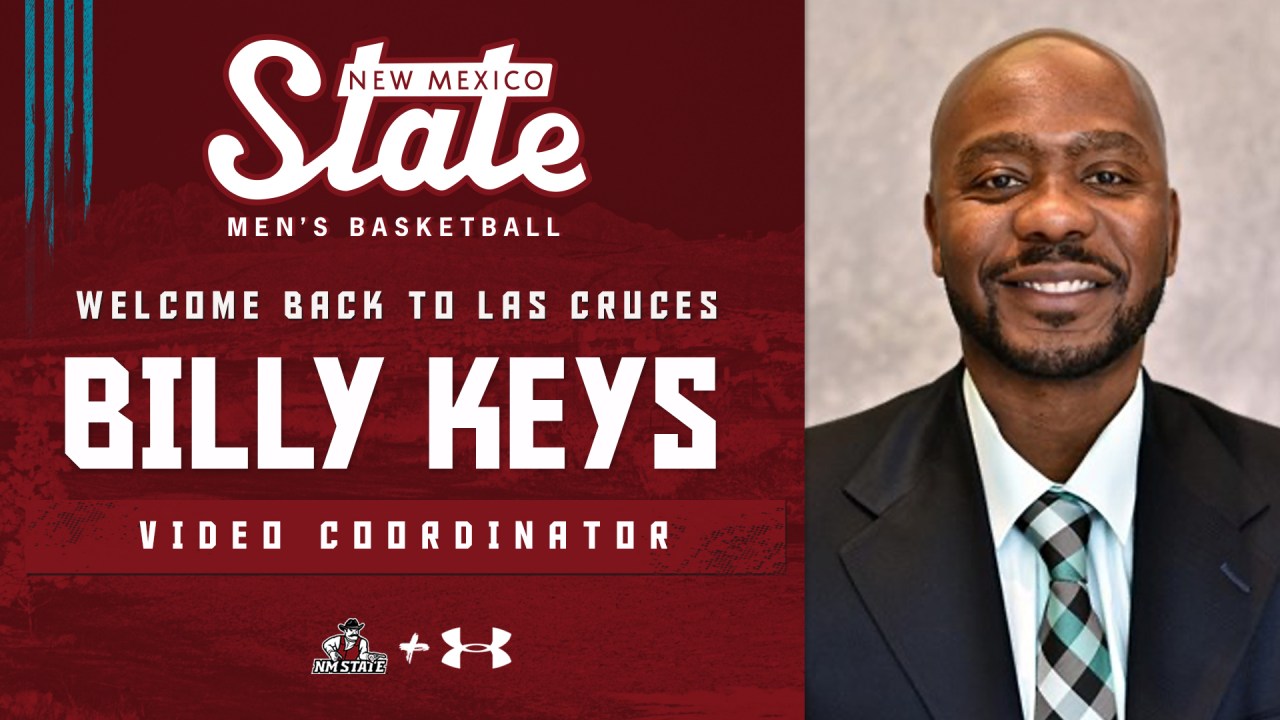 Keys will serve as the Aggies’ video coordinator in 2022-23. He’s been helping the program behind the scenes since Heiar was hired, but he’s just been announced as part of the staff.

“I couldn’t think of a better person and former player to hire in this role. Billy has a genuine passion and love for the state of New Mexico and this community,” Heiar said. “His outgoing personality and energy will be a great addition to what we are building here. He brings great playing experience which will translate into being a great mentor for our young men.

Key played for the Aggies from 1998-2000, scoring more than 1,000 career points in just two seasons at New Mexico State. He helped the Aggies to the NCAA Tournament in 1998-99, averaging over 17 points per game.

After his college career ended, Keys enjoyed a 14-year professional career, mostly playing overseas in countries like Italy, Greece and Spain. When his playing days came to an end, he turned to coaching.

Key was an assistant at Centennial High School in Las Cruces in 2015, then became the head coach at Mayfield High School for the next four seasons. In 2019, he took over as Associate Head Coach at Northern New Mexico College.