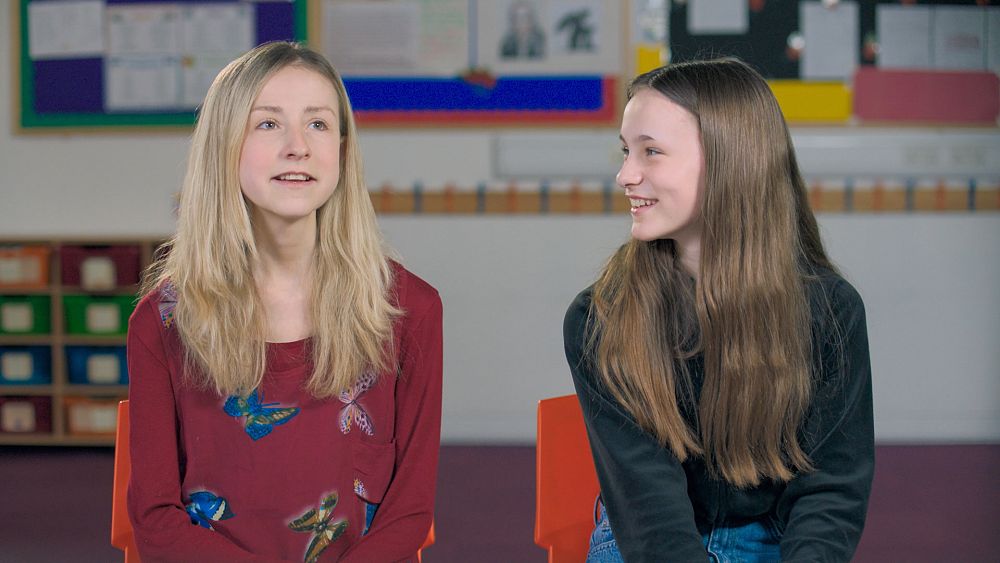 How do hackers target children on video games?

Children are more connected than ever. But as children immerse themselves in the world of video games, they have become increasingly vulnerable to hackers.

One in three people in the world play video games, and a significant portion of gamers are children.

Digital and real currencies in games

One of the most popular games for kids is Roblox, an online platform that allows users to create their own games for others to play.

Millie, 11, loves playing Bloxburg, a house-building simulator, while Tavion, 10, is a fan of Pet Simulator.

In both games, completing tasks earns you in-game currency which you can use to purchase items. But you can also buy the currency with real money. Roblox has its own currency called Robux.

“One of the more recent developments in games has focused on in-game purchases,” says Dr. Kelli Dunlap, clinical psychologist and game designer. “Yes, you bought the game, but now if you want more, you have to pay a little extra.”

The lure of in-game shopping is especially appealing to children who may not have an adult understanding of money.

Jovan, 10, is one of these children. Aware that his mother wouldn’t let him do the shopping, he cunningly asked his grandmother instead.

“Unbeknownst to me, Grandma and Jovan have a little system,” Jovan’s mother Vicky says, explaining how he could ask her to give him money for a new gambling chip.

“Sometimes we have to keep grandma under control,” says Vicky.

As children spend more time and money on their games, they accumulate collections of digital objects that have great emotional value for them.

It is these digital collections that hackers target.

One day, when Tavion logged into Roblox, he discovered that all of his most treasured pets were missing. His griffin had been stolen.

Jovan had a similar experience playing Rocket League, a driving/soccer game. A car he had customized with decals and special wheels had lost all the customizations he had worked hard to add.

The hackers went further with Millie having her entire Roblox account taken away from her.

“The money that we had invested there with Roblox and all the pets on that account and everything was gone,” she says. “I felt devastated to see it all go away and I think I was crying.”

Losing the play items they worked hard for can be a difficult emotional experience for children, Dunlap says.

The effort children put into completing the tasks for these items gives them value.

“Even though the article is digital, that sadness is genuine and it really makes sense when you think about the thought and care the kids put into their digital creations,” Dunlap says.

“The day I was hacked, I felt very sad and couldn’t understand why, what was happening when I was hacked,” Tavion says.

After his collection was stolen by a hacker, he found it exhausting to start from scratch to recover everything.

“You’re going to have to play a lot, obviously. And when you play a lot in a game, you burn out,” Callum says.

Dunlap notes that the kids referring to burnout aren’t being hyperbolic. Although the games are fun, kids can be exhausted when recovering from a hack.

Why would someone hack a child’s game?

Mike Jones is a security researcher who worked with the hacker collective Anonymous. He now focuses on working with children who have problems with online games.

“A lot of the time, kids have their parents’ credit or debit card attached to the account,” Jones says.

Hackers can convert the digital currency that children have into monetary funds in their bank accounts.

With real money at stake, organized crime groups have become involved in pirating these games.

“Children are often more susceptible to these types of social engineering attacks. They have almost no experience on how people would benefit from it,” says Christian Funk, head of the German research and analysis team at Kaspersky.

“Although it can be very traumatic to lose an element of the game that you worked so hard for. At the same time, it actually teaches you a very important lesson in life,” adds Funk.

But Jones also thinks the industry itself has a lot to answer for by allowing children to put themselves at risk.

“Game companies and the game industry need to take more responsibility for the effects this has on children,” he says.