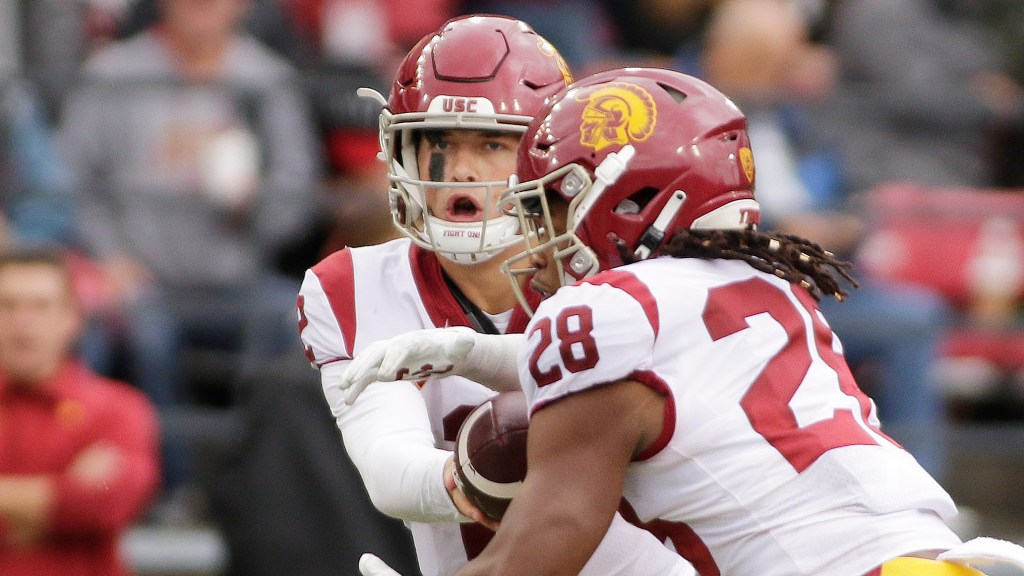 After Kedon Slovis gave USC a slow start to Saturday night’s game at Arizona State, Donte Williams put Jaxson Dart into the roster. Dart led a drive early in the second quarter. He took a hit on a quarterback and struggled to find receivers with Drake London out of the lineup.

Whether you approve of the move or hate it – there’s a legitimate argument to be made in favor of playing it or putting it on the bench – the point is that Dart is playing his third game this season.

Given the adjustment to the Red Shirts rules a few years ago, which allowed players to play four games without burning a red shirt, Dart now only has one game he can play without using his shirt. Red.

With the arrival of a new head coach, there is a thought process that says Dart – the QB of the future at USC – deserves to have as much time as possible under this new coach, instead of ‘wear his red shirt in an injury season. (also a season in which Dart did not think of playing so much behind Slovis).

The counterpoint is that Dart needs some clichés and learning experiences, and if he plays five or six games this season, that’s okay. He probably wouldn’t play three seasons after this one at USC. If he thrives over his next two seasons under the guidance of the new coaching staff, he would appear to be set to make the 2024 NFL Draft without having to play a senior season.

Red Shirt season gives him and USC flexibility, but Dart may not need that extra season. If he gets three years at USC, including two with the new staff, that might be all he needs to be NFL ready.

If Dart plays Cal next week, it’s likely the Trojans will give Dart as many games as possible, but we’re not going to guarantee anything – at least not until Dart plays his fifth game this season.

It’s still two games away after Saturday night at Tempe.

Add pedal power to your travel adventures on an electric bike