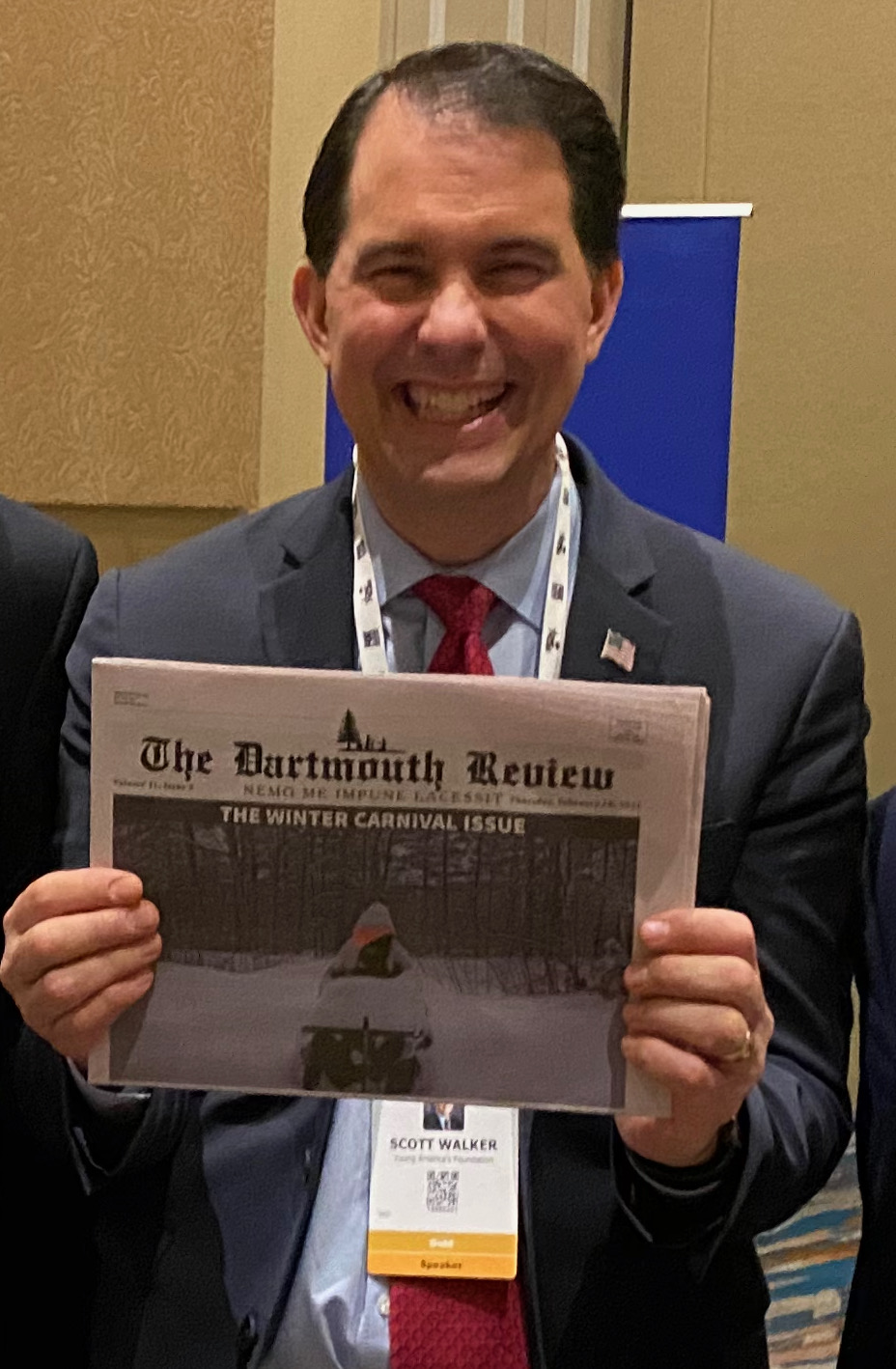 This is the third in a series of articles in which senior executives of The Dartmouth Review comment on their visit to CPAC in Orlando as members of the media.

Last February, the senior executives of The Dartmouth Review attended the annual Conservative Political Action Conference, better known as CPAC, at the Rosen Shingle Creek Hotel in Orlando. The trip, short as it was, was a welcome respite from the cold and bitter winter we were enduring in Hanover. As generations of Dartmouth students have come to learn, there seems to be a quarterly “plague” or “flu” emerging among the student body, and this winter term has been no exception, attesting as he did so out of the futility of the College’s mandatory masking policies. While we ReviewWhen we left Hanover the travelers were indeed quite ill, our excursion to Orlando proved a fitting anecdote to our illnesses. To that end, the Florida sun, clean, fresh air, and lack of masking have all contributed to our recovery.

As for the event itself, the CPAC was held from Thursday February 24 to Sunday February 27. In this brief article, I will attempt to provide some thoughts on our experience during these four days. Ours was a unique experience, as we did not go to CPAC as mere attendees. On the contrary, a few weeks in advance, we had obtained media passes, which relieved us of the need to pay several hundred dollars for admission. Media passes also allowed us to cut to the front of the entry line and bring bags and laptops with us to the conference. That is to say, we learned quickly that the media enjoy certain privileges at right-wing events despite the mistrust the organizers and attendees no doubt have of them. Yet in the auditorium in which the speakers addressed the crowd, the media filing center was perched in a somewhat obstructed back corner.

I estimate that there were representatives of more than 100 media present during the four-day conference, although I note that some of these media were present only briefly at CPAC. Many staunchly conservative outlets had set up permanent interview booths (no doubt under an agreement with the organizers) in a long hallway just outside the central auditorium. Each of the booths at these outlets had cameramen and reporters present, and as a result many outlets were almost constantly conducting interviews, often with people who had addressed the crowd earlier in the same day. At the front of this efficient line of media booths was that of Fox News (theirs was also the largest booth) and, as the line advanced down the hall, increasingly minor news sources or perhaps niche seemed to predominate. In total, there were probably some twenty-five outlets with permanent kiosks. In addition to this total, various conservative media sent one or two reporters to circulate among attendees throughout the four-day conference.

On the other hand, leftist media, like The Washington Post and The New York Timesmore centre-left Politicsand centre-right The Wall Street Journal didn’t seem to have reporters covering the four days of the conference — or at least not openly. the To post and Times, in particular, only appeared to appear for Trump’s speech on Saturday. Another interesting observation I made about the media at CPAC, and I guess the media is broader, is worth mentioning: there is a definable hierarchy of media. Every morning of the conference, we had to scramble for seats at long tables in the media filing center, from where we could watch speeches, take notes and tweet live. It was fun to see reporters from smaller outlets willingly giving way to late representatives from Fox News and The Wall Street Journal, often just to strike up a conversation and get to know them. While one could attribute this to some kind of esprit de corps among the media, it was pretty clear to us that some journalists were just plain amazed by others. We at The Dartmouth Review were certainly not immune to this effect, and we had fun identifying media and spotting particularly well-known journalists. Be careful though, we kept our places! Many media representatives, including ourselves (to a minimal extent), even went so far as to interview journalists who, without being speakers, had a certain notoriety.

Since we at least in some ways represent the Granite State at CPAC, it was a privilege to meet with several notable New Hampshire Republican officials. They were kind enough to give us access to additional rooms and events that we otherwise wouldn’t have been able to get into. For example, an official helped us secure the photo with Governor Walker that accompanies this article. We also saw local state Rep. Judy Aron receive an award for her stellar conservative record in the New Hampshire House of Representatives. Additionally, we repeatedly encountered several other characters, from out of state, over the four days of CPAC. Our favorite of these was Robert Dempster, a radio host in metro Detroit for the conservative Salem Media Network (Hugh Hewitt’s legendary estate). Nicknamed “The Positive Patriot,” Mr. Dempster is seventy-two years old, and we found he exuded a refreshing liveliness and positivity about the plight of our nation, even as he described the combined efforts of technocracy and leftist media like the “Empire of Lies.” (!) While Dempster is undoubtedly the quintessential showman, in his conversations with us he also displayed a certain conviction and sincerity that one might not expect from a radio host, which my inner cynical found reassuring.

Finally, I would be remiss if I did not briefly comment on the general theme of the conference, as it was proudly displayed on many banners and posters: “Awake Not Woke”. As this slogan suggests, cultural issues were certainly the main frame of reference for the conference, and I think it was for good reason. Opposition to the leftist penchant of late for extreme social transformation does indeed seem like a unifying shield for Republicans, both those who support and those who oppose Trump and his continued influence in the party. The Dartmouth ReviewThe CPAC visit was a time well spent, and I believe it gave us formative insight and inspiration in our ongoing journalistic pursuits.