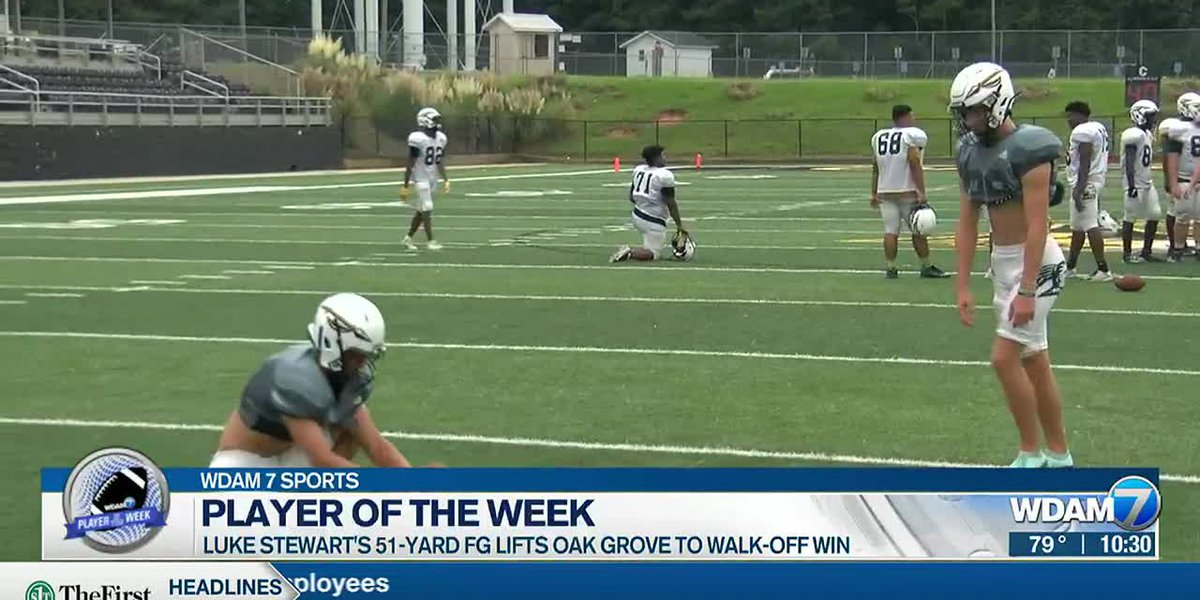 The Warriors finally awoke from their slumber, recovering to tie the game at 23-23.

“On the sidelines, everyone tells me it’s going to come to me,” Stewart said. “Me and my snapper Gavyn [Jones], he was just trying not to think about it. We were singing a song on the sidelines.

It was ‘Let’s Stay Together’ by Al Green.

Oak Grove pulled together to score 26 points in the second half, punctuated by Stewart’s 51-yard field goal winner as time expired.

“I knew he had the leg to pull it off,” Oak Grove head coach Drew Causey said. “The previous kickoff he threw came out from behind the end zone. Fortunately for us, he hit well and we won the match.

“I just got tackled by everyone,” Stewart said. “It was a big moment and it’s what I’ve dreamed of all my life. It was just a great feeling. »

The kind of sentiment that lured Stewart from the football field to the grill.

He joined the football team midway through last season – Friday was only his second game in action.

“Extremely proud of him and happy for him,” Causey said. “As a first-year player, he already scored some big goals on the field. He gets where he is consistent by kicking the ball into the end zone. With our defence, it’s huge if we can force people to roll 80 yards on us.

Stewart, of course, is just one piece of what Oak Grove hopes will be a state championship puzzle to put together.

While Causey and company continue to figure things out, one thing he knows for sure is that the Warriors won’t give up.

“Because we’re Oak Grove, we think we’re going to win,” Stewart said. “But after halftime [Friday] we realized we were down, losing – we found our sense of competition. And we just come back, find a way to win. I was blessed the other night to have this opportunity.

If you paid suspended student loans, you could get a refund