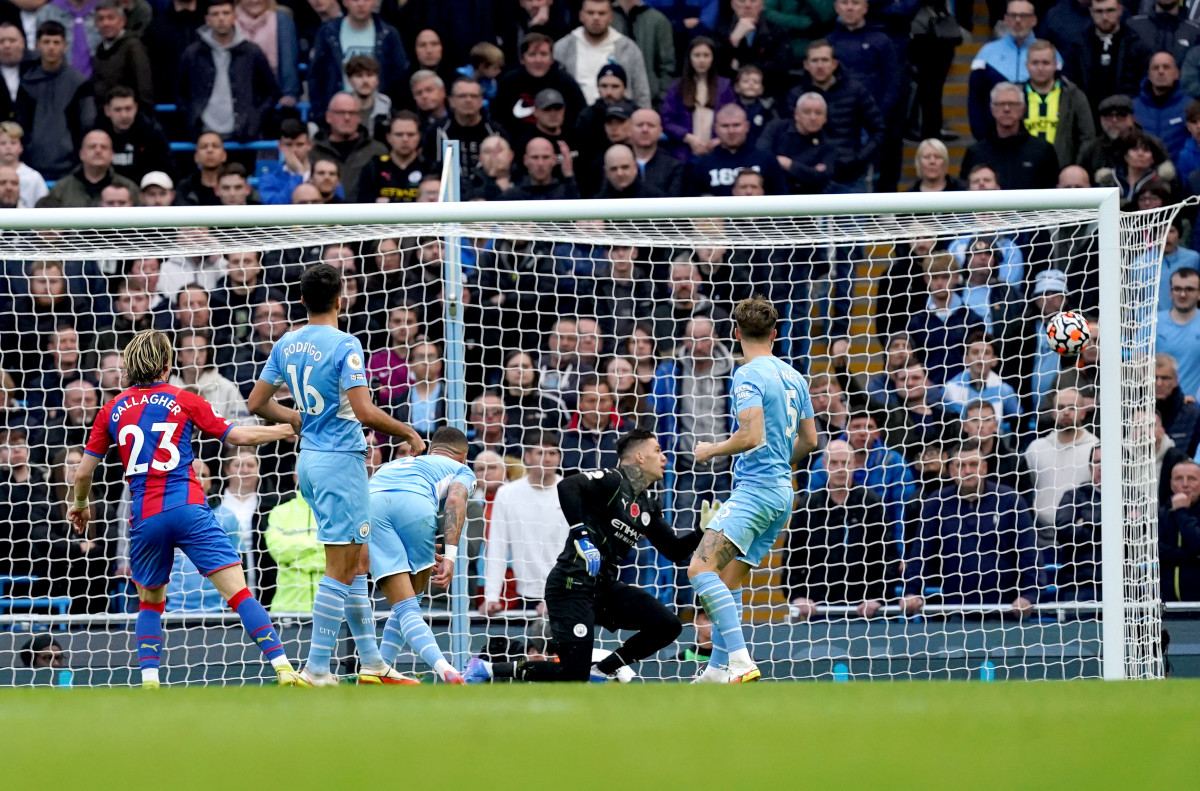 The Premier League champions suffered a second straight defeat as Patrick Vieira’s side caused a major upheaval in Manchester’s east side.

Goals from Wilfried Zaha and Conor Gallagher were enough to sack City with nothing, after Aymeric Laporte was sent off before offering Palace a goal from the start.

here’s how City Xtra evaluated the players of the clash-

Should have done better with Zaha’s goal and then made things too easy for the Ivorian for another who was ruled offside.

Not at fault for the purpose. The problem came later when, like most City players, he really struggled to create anything.

Made a Nicolas Otamendi impression for Zaha’s goal, but you can see why the sudden turnaround so deep in City’s halfway made him rush like this. I can’t imagine many other center-backs trusted to play without a partner for 15 minutes in the Premier League.

Gave the first goal with another dodgy footwork on his part this season, then was sent off. You could call it harsh, but how he let Zaha spin it like that in the first place can be questioned. Nothing good to say about his performance today.

Below his best, like most City players. Defensively we can’t complain – he wasn’t to blame for our problems there.

He could have gotten closer to his man for the opening goal, but otherwise he did his job quite effectively and wasn’t to blame for the lack of ideas in front of him. One of City’s best players.

Energetic and good in possession as always, but must be held guilty just like attackers for lack of creativity or the threat of a goal.

Another game where he looked frustrated and below his best. He feels like he would benefit more than anyone from a striker’s arrival – he can’t register an assist when no one is in the box.

Won a lot of fouls and helped with preparation, but still feels well below his best levels. Needs more time to get used to the system.

Put in good balls – not surprisingly no one put most of them, unfortunately. The only time he had a good run, his magnificent cross was ruled out for offside.

Had a lot more impact once he started entering the box and at the end of crosses, and was unlucky to see a goal ruled out. Should only be played on the wing when we actually have a viable attacker.

Set up a goal with a good ball moments after coming on, which was ruled out for offside shortly after.

You can follow us for live updates here: @City_Xtra