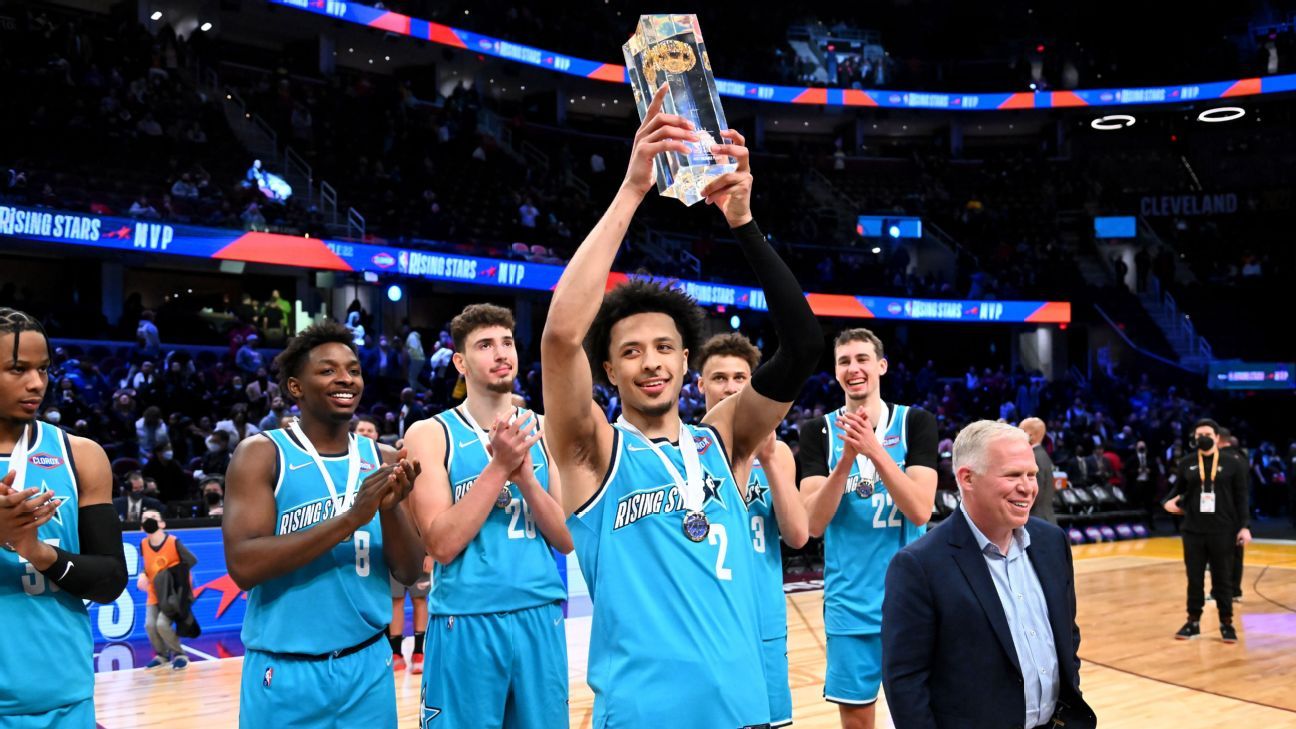 The NBA’s young stars, including coach Rick Barry’s squad of champions, put on a show Friday night in a new tournament-style setup for the Rising Stars Challenge in Cleveland.

Cade Cunningham, the 2021 No. 1 pick and star of the Detroit Pistons, led Team Barry to the Rising Stars title and earned Most Valuable Player honors.

The four teams were coached by Hall of Famers Gary Payton, Isiah Thomas, James Worthy and Barry. Cunningham and Team Barry, who beat Team Payton in the semi-finals, eclipsed Team Isiah 25-20 in the final.

Four top prospects who play for the G League Ignite — Jaden Hardy, Dyson Daniels, Scoot Henderson and MarJon Beauchamp — joined 12 players from each of the 2020 and 2021 NBA draft classes to make up the 28 players who took part in the the league’s annual meeting showcases its stars of tomorrow.

Rather than two teams playing a traditional game, there were four teams made up of seven-man rosters, with the winners of two 50-point semi-final games playing a league game that went to 25, snap. to the league celebrating its 75th anniversary this season.

We’ve noted the 28 players who competed on a national stage at Rocket Mortgage FieldHouse in Cleveland during NBA All-Star Weekend. Take a look at the newsletter:

The deserving MVP, Cunningham led Team Barry in points (18) and assists (9). He was responsible for the final four points of the game, scoring a 3 to give his side a 24-20 lead and then setting up Franz Wagner for a rim foul. Wagner made the winning free throw.

Daniels, 18, impressed against more experienced opponents, playing key minutes for the champions Rising Stars. He knocked down a 3 in the final and hit the free throw that gave Team Barry the lead for good. Daniels was capable on the defensive end, stopping Precious Achiuwa 1-on-1 and offering a deflection in transition to prevent a field goal.