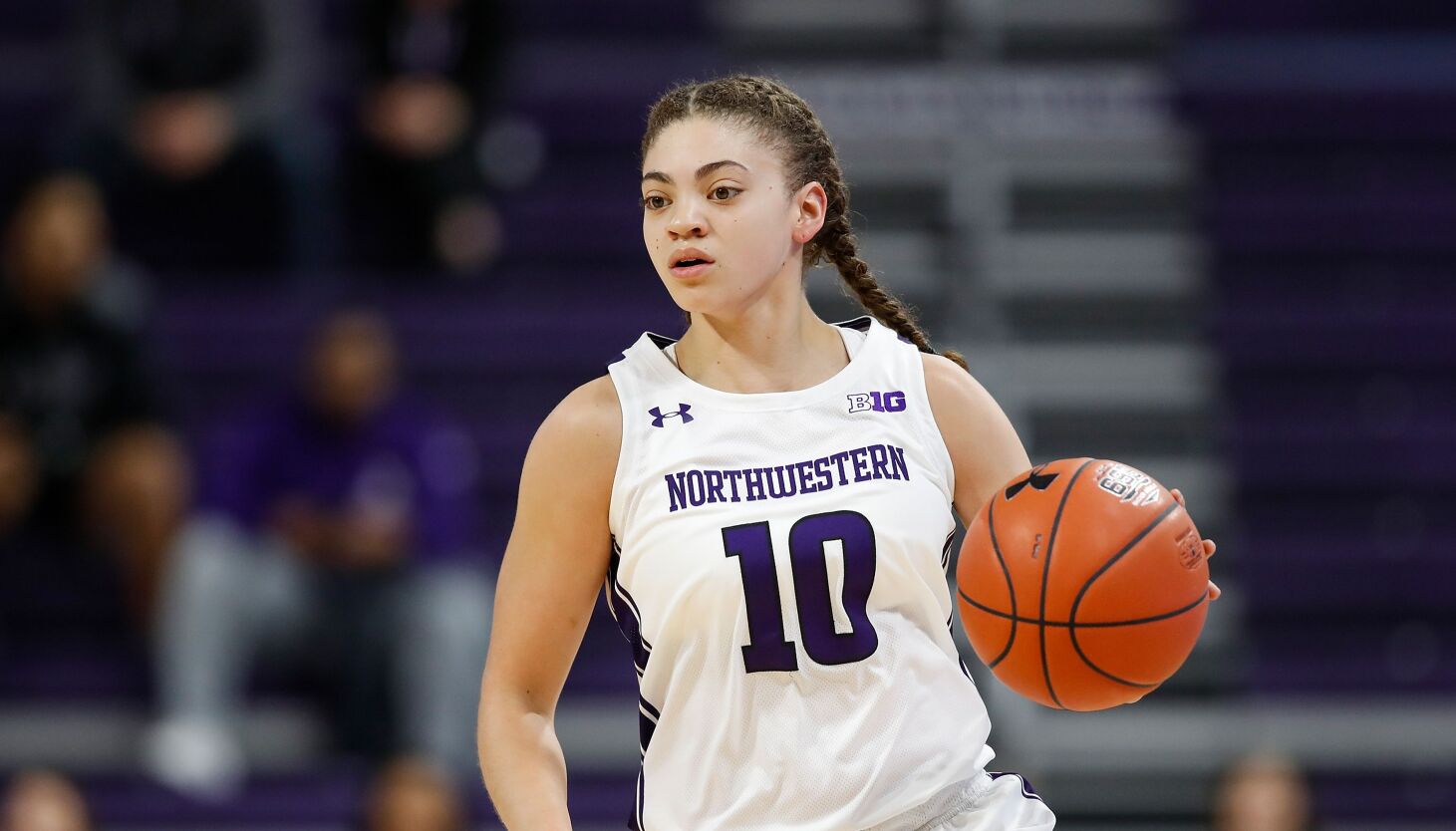 Lindsey Pulliam makes her way through shooting practice at the end of the Sky’s new training ground at Sachs Leisure Center in Deerfield. Her new teammates slowly passed until she was the last player in the gym.

When Sky coach/general manager James Wade approached the former North West star to join his roster on a training camp deal, Pulliam was on his way home after dinner with his mother. She was on the first flight from Washington the next day, bound for Chicago.

“Coming in, you have to focus on what you can control,” Pulliam said. “Obviously, as players, we don’t make the decisions. All you can do is be yourself and go out there and work.

Pulliam is one of three homegrown products Wade has invited to training camp, along with DePaul’s Lexi Held, who went undrafted, and Benet’s Kathleen Doyle, who the Indiana Fever took in the second round of the 2020 draft out of Iowa.

Pulliam became the third player from the North West drafted when the Atlanta Dream selected her in the third round of the 2021 draft. Since then, she has played for Elazig in the Turkish Basketball League. She watched the WNBA Finals from Turkey, taking part in one of the games at 3 a.m., thinking how special it was for Candace Parker to come home and help lead the Sky to his first title.

Wade called Held right after this year’s draft and told her he expected her to come to camp and compete. The new opportunity felt familiar to Held due to established relationships with some of his new teammates, including Allie Quigley.

“She was super welcoming when I got here,” Held said. “It made things more comfortable. She reached out before I arrived to say she was thrilled that I was joining boot camp. You could say there’s a connection to the DePaul family there.

Doyle arrives with the most WNBA experience of the three homegrown players appearing in 18 games for the fever in 2020. The challenge of cracking Wade’s roster with 14 players competing for two spots on the roster is significant. All three approach the opportunity with a similar mindset to control what they can, including showing up every day ready to compete.

The departures of Diamond DeShields, Stefanie Dolson and Astou Ndour-Fall left the Sky in need of another two-way winger and a strong position player. Whoever comes in and fills DeShields’ minutes needs to be a player who can get out and space the floor, maintain Sky’s quick offense and defend.

Pulliam, Doyle and Held are all vying for the guard position.

“Those three players meant a lot to the Chicago community,” Wade said. “They have shown themselves as excellent student-athletes with an excellent work ethic. It’s only right that we give them training camp contracts and give them a chance to extend their dream of making an impact on the Chicago basketball community.