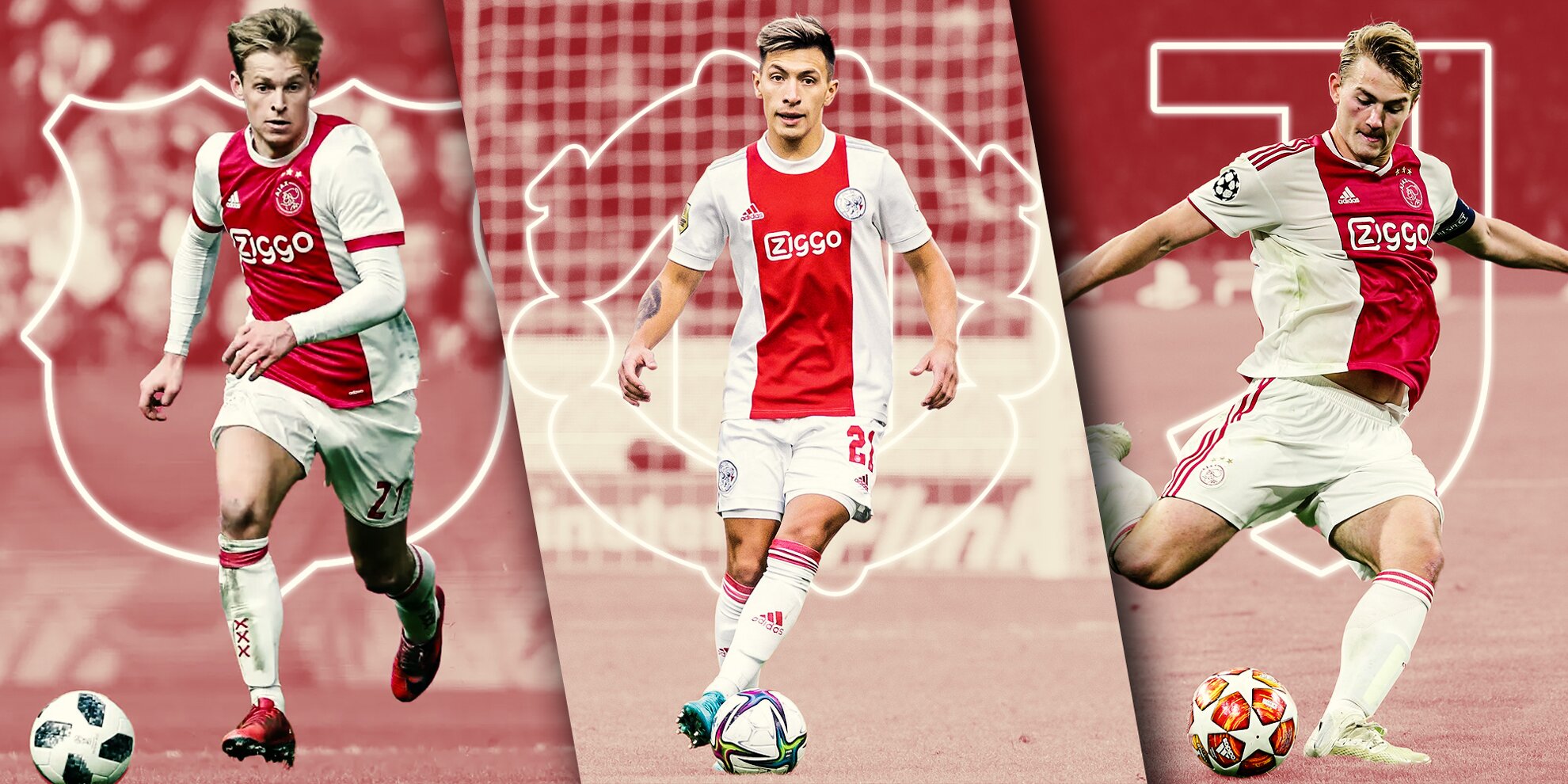 The club is known for developing players and selling them for huge sums.

AFC Ajax is one of the best known European clubs in the world. It boasts of an incredible history and tradition. The team sets a benchmark for several elite teams across the continent in how to develop young players. His approach to the ‘total football’ philosophy produces sensational players every year.

Predictably, many elite European clubs are lining up to sign young players with potential from Ajax. In the past, the Dutch giants have sold several majestic individuals who have gone on to very successful careers. True to tradition, the team recently sold Lisandro Martinez to Manchester United for a hefty transfer fee.

Ajax is a selling club, which identifies talents, nurtures them and does not prevent them from taking the next step in their career. That said, the club have received huge fees over time while selling players. Here’s a look at the top 10 most expensive departures from the club:

Luis Suarez burst onto the scene of European club football at Ajax. The striker left the club for Liverpool for €26.5million in the 2010-11 season. The 35-year-old played 157 games for Ajax where he found the net 111 times while providing 66 assists. It was no surprise to see Suarez score goals for fun later in his career for clubs like FC Barcelona and Atletico Madrid after a brilliant spell at Anfield.

AFC Ajax sold three players (not at the same time) for a transfer fee of €27m. Striker Klaan-Jan Huntelaar left the club to join Real Madrid in 2008-09. Davy Klaasen joined Everton FC in the 2017-18 season. Finally, Wesley Sneijder joined Real Madrid in the 2007-08 season. All three had varying degrees of success at their respective clubs, but also profited from the Ajax piggy bank.

Sebastian Haller made a name for himself at Ajax after joining the club from West Ham United. After scoring 47 goals in 65 games for the Dutch side, the striker signed for Borussia Dortmund ahead of the 2022-23 season. The German Bundesliga club had to shell out €31m for the 28-year-old’s services.

Arkadiusz Milik is another striker on the list who left the club for a decent transfer fee. The Polish striker came to Ajax from Bayer Leverkusen in 2014 on loan which later became a permanent transfer. He made 75 appearances for Ajax, scoring 47 goals and providing 21 assists. The 28-year-old signed for SSC Napoli in 2016-17 for €32m.

Manchester United have signed Donny van de Beek from Ajax for 39 million euros in the 2020-21 season. The midfielder was crucial for Erik ten Hag’s side as they beat Real Madrid and Juventus in their run to the UEFA Champions League semi-finals in the 2018-19 campaign. He was reunited with his former manager at the Premier League club for the 2022-23 season, hoping to get more playing time.

Hakim Ziyech is one of many players who showed his class while playing for AFC Ajax. The winger joined Ajax from FC Twente for €11m in 2016. He later joined Chelsea in the Premier League for €40m, making the Dutch side a decent profit. During his time with Ajax, Ziyech played 164 games, scoring 49 times and providing 80 assists.

Davinson Sanchez is one of the most expensive defenders in terms of selling price for Ajax in their history. In fact, he’s the third-highest after securing the club €42m when he signed for Tottenham Hotspur in 2017-18 at the age of 21. The Colombia international remains a very promising player for Spurs.

Lisandro Martinez is the latest AFC Ajax departure to sign for an elite European club. The defender completed his move to Manchester United ahead of the 2022-23 season. Erik ten Hag considers him essential to his projects at the club where he takes charge as the new manager. This is precisely why the MUFC paid 57.37 million euros to reunite the manager and the player.

Matthijs de Ligt was the skipper of the team that made that exceptional run in the 2019-20 UEFA Champions League. As a teenager, the defender showed incredible leadership and an excellent reading of the game. Presented as the superstar of the future, De Ligt was recruited by Juventus FC for an attractive sum of 85.5 million euros in 2020. Currently, the player left the Old Lady to join FC Bayern Munich.

Frenkie de Jong also moved clubs in the same window that saw Matthijs de Ligt leave Ajax. The midfielder signed for FC Barcelona for a fee of €86m, making him Ajax’s most expensive departure of all time. There’s no denying that the player is worth every penny, such is the awe-inspiring nature of his talent. As things stand, Manchester United are willing to shell out around €80m to sign the player and reunite him with Erik ten Hag.